For November’s Salt + Spine Cookbook Club, we extend a warm welcome to Nik Sharma and his cookbook, The Flavor Equation: The Science of Great Cooking. Join Nik, Brian Hogan Stewart of Salt + Spine, and other club participants for a Virtual Dinner Party. You can cook along with the author (or just watch!), enjoy the opportunity to ask questions, and meet other cookbook lovers.
The Salt & Spine Cookbook Club is like a ‘regular’ book club…but with a very special twist. Each month we focus on one book, reading, cooking and connecting about it on social media (see “Participate” below). The bonus: every month we get together live for a Dinner Party with the author. Currently, the Dinner Party is virtual (via Zoom); we look forward to the day when the club can meet in person at The Civic Kitchen.
Please note: The Salt + Spine Cookbook Club Dinner Party is not a formal cooking class. It is a cooking-optional event meant for gathering together, interacting with the author and other club participants, and celebrating an exceptional book and cookbook writer.

Click the button below to see the ingredients, equipment and prep lists for this experience. If you have questions, please email us . 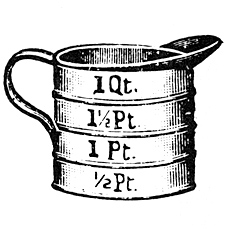 There’s no charge to take part in other Cookbook Club activities:

Start the month by tuning in to Nik Sharma's chat with Salt + Spine host Brian Hogan Stewart about his blog, cookbooks, and more. Already listened? Take a moment to re-visit the episode.

Grab your copy of The Flavor Equation and pick some recipes you’d like to make this month. Click here for a preview of recipes from the new book, and here for featured recipes from Nik's previous book, Season: Big Flavors, Beautiful Food, to get you started.
Don’t have a copy of The Flavor Equation yet? Click here to purchase from our friends at Omnivore Books, Nik's go-to shop, Now Serving LA, or support other local bookstores through Bookshop or Indiebound. You can also check local libraries for hard copies or digital versions.

Show off what you’re cooking from The Flavor Equation! Snap a pic and make sure to use the hashtag #TalkCookbooks when sharing. And see what others are making, too!
Plus, learn from Nik as he shares cooking tips, recipes, behind-the-scenes content, and more—exclusively on our social media pages.

The Dinner Party is held via Zoom, and you only need to purchase one spot per household. After registering, you will receive instructions for logging into the event. If applicable, cook-along recipes will be available 48 hours prior to the start of the event.

New to Zoom? Click here to download the Zoom software. To learn more about how to use Zoom, here’s their Quick Start guide for new users.

NIK SHARMA is a food writer, photographer, cookbook author, and recipe developer based in Los Angeles, California.
Though Nik moved from Bombay, India to America to study molecular genetics, much to the vexation of his parents he decided to quit his career in science and transitioned into cooking. His first foray into the world of cooking began through his blog A Brown Table, which over time led to new opportunities.
He is currently a food columnist for the San Francisco Chronicle, for which he won the Association of Food Journalists 2019 Best Food Column award, and also writes for Serious Eats and Food and Wine Magazine. You can also find his recipes at Taste and Saveur.
Nik’s second cookbook, The Flavor Equation, focuses on the science of flavor and how we interact with it. It was released in October 2020 (Chronicle Books).
His first cookbook, Season: Big Flavors, Beautiful Food (Chronicle Books, October 2nd, 2018) was a finalist for both the James Beard Foundation Award and the International Association of Culinary Professionals Julia Child Award.
He is the recipient of many additional awards, including the IACP's 2016 Best Photo Based Food Blog.
More about Nik
Guest Host

BRIAN HOGAN STEWART is the host and creator of Salt + Spine. He is a once-budding chef who passed on a culinary school degree to pursue journalism. He's not a professional cook nor a cookbook author—but an avid home cook and an enthusiastic cookbook collector, with a collection now in the hundreds. (That may seem like a lot to some, but he envies Diana Henry’s 4,000-book library almost daily!)
Brian has worked extensively in journalism and new media, including leading a media company featuring a daily newspaper with circulation of 50,000+, a nightly newscast, and multiple digital properties. He has conducted hundreds (and hundreds…) of interviews throughout his career, including time spent covering food culture and personalities in the midwest.
Brian is a native of Iowa and graduated from the University of Iowa with a degree in journalism, English, and American studies.